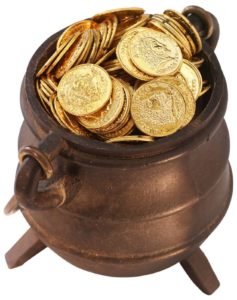 Once upon a time there was a young boy who lived in a village at the foot of the Mountains. One day he wandered off into the forest above his father’s hut.

While wandering in the woods the boy discovered a gold mine!

For the first time in his life he had hope that his poor father could stop fixing pots and pans for a living, and his village could escape generations of devastating poverty.

He ran back to his father’s hut as quickly as he could!

When he arrived he was crushed by what happened.

“Son” said his father, “this village has been the way it has for untold centuries, why are you trying to bring change now? Don’t you see the beauty of our way of life?”

“But Dad” replied the boy “If we go get the gold you can stop fixing these pots and pans and we can build a better hut for Mom and Sister. Maybe we would even be able to journey to The City to buy medicine for Grandpa!” And think of how we could help Widow Lady!”

“Son, don’t be proud! Who do you think you are coming here with all of this nonsense?”

In great distress the boy ran from hut to hut telling everyone he knew about the gold mine.

Finally, an angry village gathered together at the Chief’s Lodge in the central dirt-filled square for a meeting.

“Boy” they said “You have become so proud. Who do you think you are? Why do you think your way is better than our way? We’ve done this for time and forever. Stop judging us. Stop trying to change us.”

“But we wouldn’t have to change all of our traditions” cried the boy. “We just don’t have to be poor and sick and wretched any more! I mean, we’d have to get rid of some things to make room for the gold, but we could still be Us.”

The villagers became so angry that they ran the boy out of the village that very night. The Village Elders got together and made a new decree for all.

The Decree: “From this time and forever more we will not accept anyone trying to tell us there is a gold mine in those hills. Anyone claiming that there is a better way than Our Way will be branded with a Great Brown ‘A’ on their forehead for ‘Arrogant’. All ways will be accepted in this Village. All ways, that is, except the way that claims to have found True Gold. Our customs are not to be challenged. Everything we have is “Like Gold” anyway. Who is to say that the Boy’s gold is better than anything we have?” 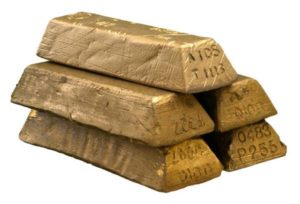 The news went out into all the land and everyone agreed. The Decree became The Universal Law of Cultural and Religious Tolerance and even the King Himself signed it!

Everyone agreed except a few. Every now and then someone who was a little extra poor or extra sick or extra sad would wonder out into the Hills because they heard about the Boy and his Gold Mine.

Rumors say that in the Mountains there is a city called Zion where there are no more tears and where evil has been banished.

To this very day the Villages of the Realm have had to establish Fences because Once in a Great While Wanderers bearing brown ‘A’s on their foreheads would come down from the Mountains claiming that “in those Hills lies a Golden City. Leave behind your poverty and wretchedness and Join Us!”