A Florida pastor says he has called off the Quran burning scheduled for September 11, 2010. No… Wait… That’s not for sure, maybe they’ll do it anyways! (http://us.cnn.com/2010/US/09/09/florida.quran.burning/index.html)

So… Should Christians burn the Quran? 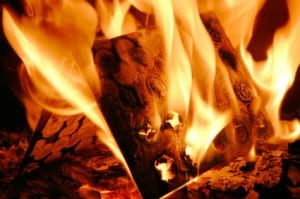 Is it offensive to burn the Quran? Should all of the various Christian, Muslim, and political leaders be speaking out against this burning?

There is no such God given right to “not be offended.”

I remember getting an email once calling on all Christians to contact some television network because what they were showing was “offensive to Christians.”

I do care if the material is inappropriate for a general public audience or for the age group that may be watching. I may choose not to watch it if it is hostile to God or to Christians.

But whether or not it is “offensive” to burn the Quran isn’t really that important. I am not concerned if people burn the Bible either. As long as they paid for them, they can do with them whatever they want.

So should we be held hostage by the supposed millions who may act childishly and riot, etc. if this pastor burns Qurans?

A lot is being said to condemn this pastor, but where are the voices condemning such absurd behavior as the predicted response?

I for one don’t intend to condemn this pastor because others will act wrongly as a result of his actions.

There are two other important questions though:

1) What good will come of this Quran burning? Will anything useful be achieved?
2) Is this pastor choosing the right battle to fight here, by burning these Qurans?

Try as I might, I cannot think of anything useful that will be achieved. It is already established that he has the right to do it. Everyone will choose to either agree or condemn him, but what is the point? “The Quran is bad?” “Islam is bad?”

I could still be neighbors with a Muslim. I could even be friends. I could talk to a Muslim respectfully about the differences between our religions. I wouldn’t talk about that all the time though. Perhaps some good food and talking about family, weather, fun, hope, etc. would be an important part of our conversation!

If a Muslim asked me “what about this guy who is burning Qurans?” I would say “ignore him, it is not relevant.”

I wish to reach out to Muslims, not unnecessarily alienate them. I am not willing to claim that “all religions are good” in order to meet this goal, but I am willing to avoid stupid provocation or useless conflict.

In the end, if this pastor were someone that I knew personally, I would say “don’t waste your time burning Qurans. Nobody will benefit. God won’t benefit. No Muslims will give their lives to Jesus as a result. All you will get is a whole lot of grief and no benefit.”

I would like to see a public figure respond to this pastor and this Quran burning by saying “whatever, can we talk about something that matters?”

It’s only an issue because of all the hype.